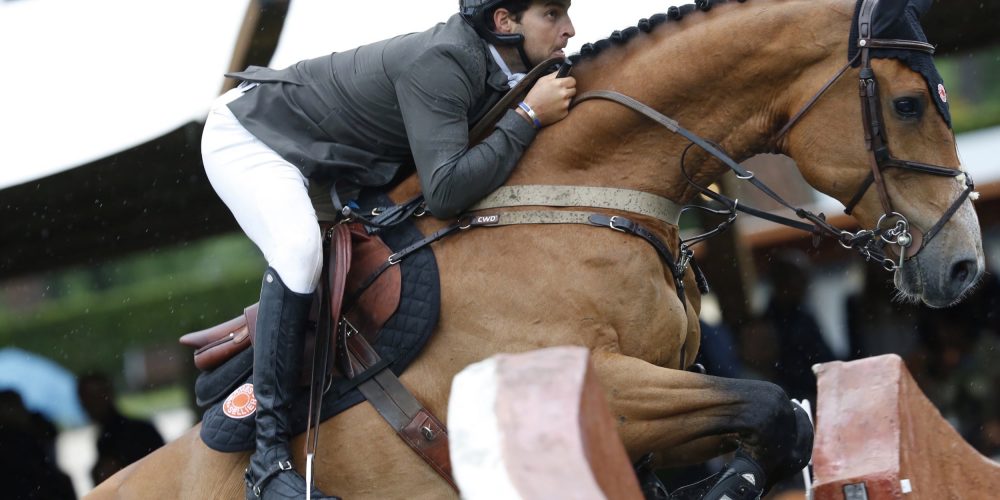 Rome, Piazza di Siena, Sunday 26th May 2019 – An exceptional experience and full immersion into the Rolex Grand Slam – the excellence of showjumping at the highest level – replays in my mind. Invited by Gobbi 1842, official Rolex dealer in Milan since more than fifty years, I had the chance to live that one of a kind experience, all equestrian lovers dream of. Front row, private table, best food and drinks and the elite of show jumping competing right in front of me on the perfectly restored oval grass circuit of Piazza di Siena. By reaching out my arm I could probably have touched them, but no need to do so, as the athletes’ emotions immediately transferred per osmosis, making the experience even more intense.

With over a century of knowledge and expertise in watchmaking, Rolex is driven by tradition and craftsmanship, alongside innovation and an unparalleled passion for perfection. These values are reflected in the brand’s support of equestrianism and for over 60 years Rolex has cultivated an enduring legacy with this elite world and is now a major force at play behind the finest riders, competitions and institutions. The brand’s contribution to excellence in equestrianism is based on this lasting heritage, encouraging modernization while respecting the elegance of this prestigious sport. Whether supporting leading athletes or maintaining excellence with the historic CHIO Aachen in Germany or the iconic Rolex Grand Slam of ShowJumping, Rolex has built on a relationship that began in 1957, through an alliance with British show jumper Pat Smythe. A pioneer in equestrianism, she became the brand’s first Testimonee and 2017 marked Rolex’s 60-year anniversary as the crown in equestrian sport.

Launched in 2013, the Rolex Grand Slam of Show Jumping is the only initiative to reward the outstanding rider who wins three Majors consecutively, at four of the world’s most historic shows – The Dutch Masters, CHIO Aachen, CSIO Spruce Meadows ‘Masters’ and CHI Geneva. Considered by the sport to be the ultimate equestrian challenge, it rewards the very best horse and rider combination with a €1 million bonus. If all four Majors are won in succession, a further €1 million bonus is awarded.

Only a great horseman or woman could win show jumping’s most prestigious challenge and, in September 2015, British competitor and Rolex Testimonee Scott Brash achieved this remarkable feat. Brash not only achieved this for the first time in the history of the sport but did so on one horse, Hello Sanctos, undoubtedly making his success even more extraordinary.

This year’s winner is 29-year-old Daniel Bluman, Colombian by birth. He is overwhelmed by hugs, handshakes, pats on the back after having excelled together with his partner Ladriano Z in the difficult path set up by Uliano Vezzani: “I still can’t believe this is real. In my career I have won several Grand Prix, I have participated in two Olympics, two world championships, two Pan American Games, but in terms of quality, the competition itself located in Rome, the magic of the Eternal City, this is the most beautiful success of my life. A day I will never forget. My family is half Jewish and half Eastern Europe. I lived in Colombia until I was ten, then moved to Florida where I worked with riders and horse owners who shared the same religious ideas and in 2016 we decided to organize a team for the Israeli flag. It is a choice that makes me very happy“.

Will Daniel be able to keep up with Scott? We will see.