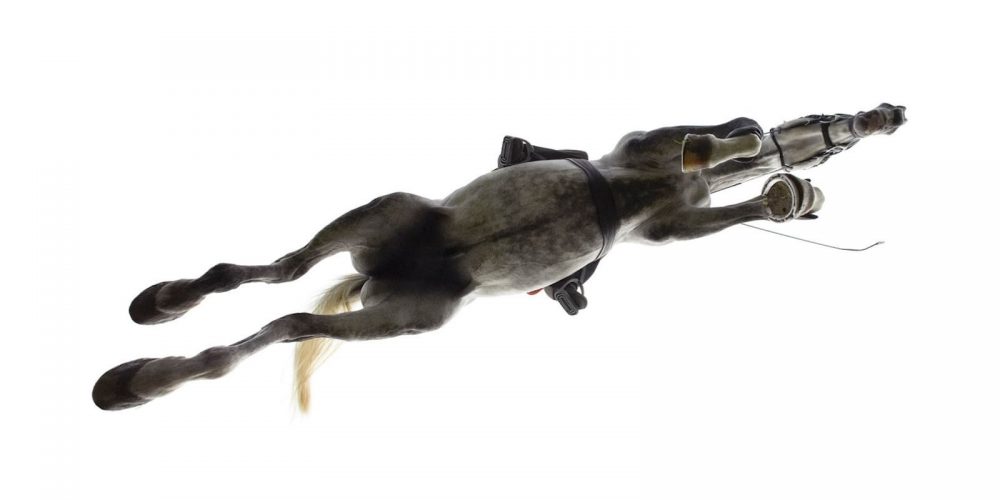 All images by Tim Flach

When I was a child, I would spend hours browsing through equestrian books, observing the captivating images and illustrations of this magnetic animals. Little did I know that I was starting the wonderful collection I proudly retain today: obviously I can’t wait to share these equestrian books with you on Flyinghorse!

“From the outset, I felt quite strongly that I wanted to celebrate the horse in its own right.” – Tim Flach

Equus: the family of animals that goes from Ass to Zebra, but is mostly Horses and no animal has captured the human imagination quite like the horse: first depicted in cave drawings thousands of years ago through to countless renderings in paint, clay, ink, and film. Tim Flachs’ quest to document the horse has resulted in EQUUS, his first book. Intended as an exploration of the species in its own right – captured as solitary subject and en masse; from the air and underwater – EQUUS celebrates the animal whose history is so powerfully linked to our own. From exquisite Arabians in the Royal Yards of the United Arab Emirates to Icelandic horses in their glacial habitat; from the soulful gaze of a single horse’s lash-lined eye to the thundering majesty of Mustangs racing across the plains of Utah, EQUUS provides a unique insight into the physical dynamics and spirit of the horse.

The work of Tim Flach as an animal photographer is drawn by his interest in the way humans shape animals and shape their meaning. He explores the role of imagery in fostering an emotional connection. Bringing to life the complexity of the animal kingdom, his work ranges widely across species, united by a distinctive stylisation reflecting an interest in how we better connect people to the natural world.

How do you make your animals appear so human?

I accept that it is certainly easy to see my work as anthropomorphic, to think that I have endeavored to make them look like us, but I am actually far more interested in the notion of anthropocentrism; how we humans center ourselves in relation to animals and make ourselves the center of our worlds. In a compositional sense, I will want to lead people to the most empathetic details.

Which other photographers are you influenced by?

Irving Penn, Guy Bourdin, André Kertész, Karl Blossfeldt, and Stephen Shore to name a few. Likewise, a number of painters have been important to me, such as Picasso, though I feel we are always being influenced by the collective culture.

Do you have any pets?

I have two Burmese cats called Hunt and Blue who keep me company while I work, and I’d better not forget my three goldfish!

Ready to dream? You can purchase Tim Flachs’ marvelous volume Equus on amazon 🙂