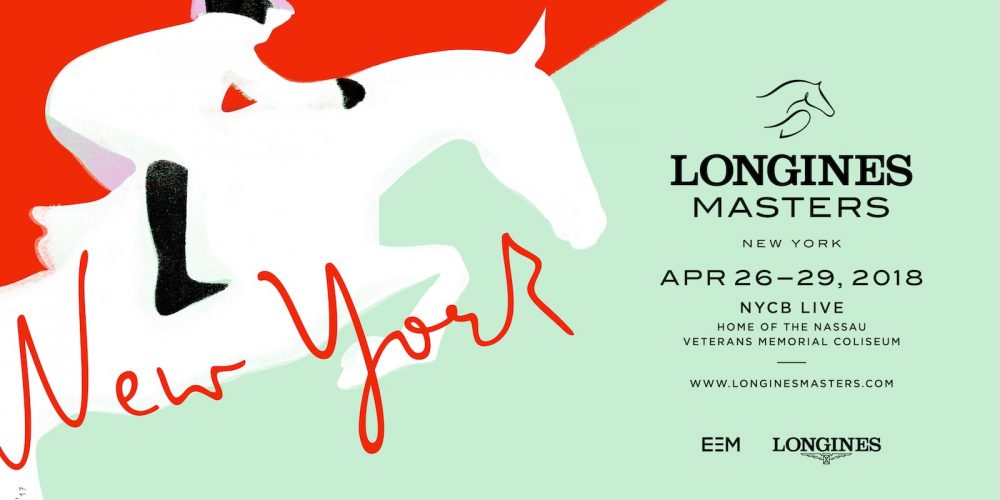 A very special presentation was held on May 17th evening overlooking New York City skyscrapers at the Peninsula Hotel to announce exciting new developments for the prestigious international show jumping Longines Masters Grand Slam Series. Christophe Ameeuw, CEO and Founder of EEM, creators and owners of the Longines Masters, and Juan-Carlos Capelli, Vice President of Longines and Head of International Marketing took the stage to announce the renewal of the partnership between the Longines Masters organizers and the brand. “Longines is really delighted to share its passion for equestrian sport and its values of elegance, performance and tradition with the Longines Masters”, said Juan-Carlos Capelli. “With this new long-term partnership, we are looking forward to working with EEM to continue elevating the equestrian sport and creating exceptional events on three continents, and especially in the new location in New York”.

Exactly, New York, New York! Indeed the Longines Masters shares the glitz and glamour from its origin city of Paris around the world as it has expanded into three of the world’s most luxurious, bustling capital cities: Paris, Hong Kong, and now the Big Apple. Previously held in Los Angeles, the American leg of the competition will now serve as the grand finale of the series and offer unparalleled first-class sport, live music, one-of-a-kind artwork, delectable cuisine, and more. The heart-pounding action of Season Three starts in December in Paris before heading to Hong Kong in February and culminating in New York in April 2018.

Recent Longines FEI World Cup Champion McLain Ward enthusiastically shared, “The Longines Masters Series has always provided highly competitive, world-class events in Paris, Hong Kong, and most recently Los Angeles. As a local New Yorker, I am thrilled this event is moving to New York! It is a great opportunity to showcase the best in Show Jumping in one of the best cities in the world!”

Keep up to date here.