Damien Hirst Skull of a Unicorn

amien Hirst’s double exposition at Palazzo Grassi and Punta della Dogana during the current 57th Venetian Biennale is worth mention not at least because of its extraordinary record. Indeed the British artist has filled not one but two venues during the same period of time with his colossal show Treasures from the Wreck of the Unbelievable.

The operation has no precedent. An exhibition path of this magnitude has never been seen: ten years of gestation, four months of exhibition, unmentionable production costs and 5,000 square meters of spaces used. Exceptional in scale and scope, the exhibition tells the story of the ancient wreck of a vast ship, the ‘Unbelievable’ (Apistos in the original Koine Greek), and presents what was discovered of its precious cargo: the impressive collection of Aulus Calidius Amotan – a freed slave better known as Cif Amotan II – which was destined for a temple dedicated to the sun. Hundreds of objects in marble, gold and bronze, crystal, jade and malachite – heroes, gods and leviathans all supposedly lost in a legendary shipwreck 2,000 years ago and now raised from the Indian Ocean at Hirsts’ personal expense. It is by turns marvellous and beautiful, prodigious, comic and monstrous. A spectacular combination of narration, visual invention and slow-growing humor that is found in a play of references ranging from Roman classical culture to Aztec, Egyptian, or Greek mythologies. And it is the latter to convey unicorns as sacred animals able to absorb poisons through their horns. Hirst has gathered the skulls of not one but three unicorns from the ocean’s abysses and set them in the most breathtaking panoramic views of Venice. 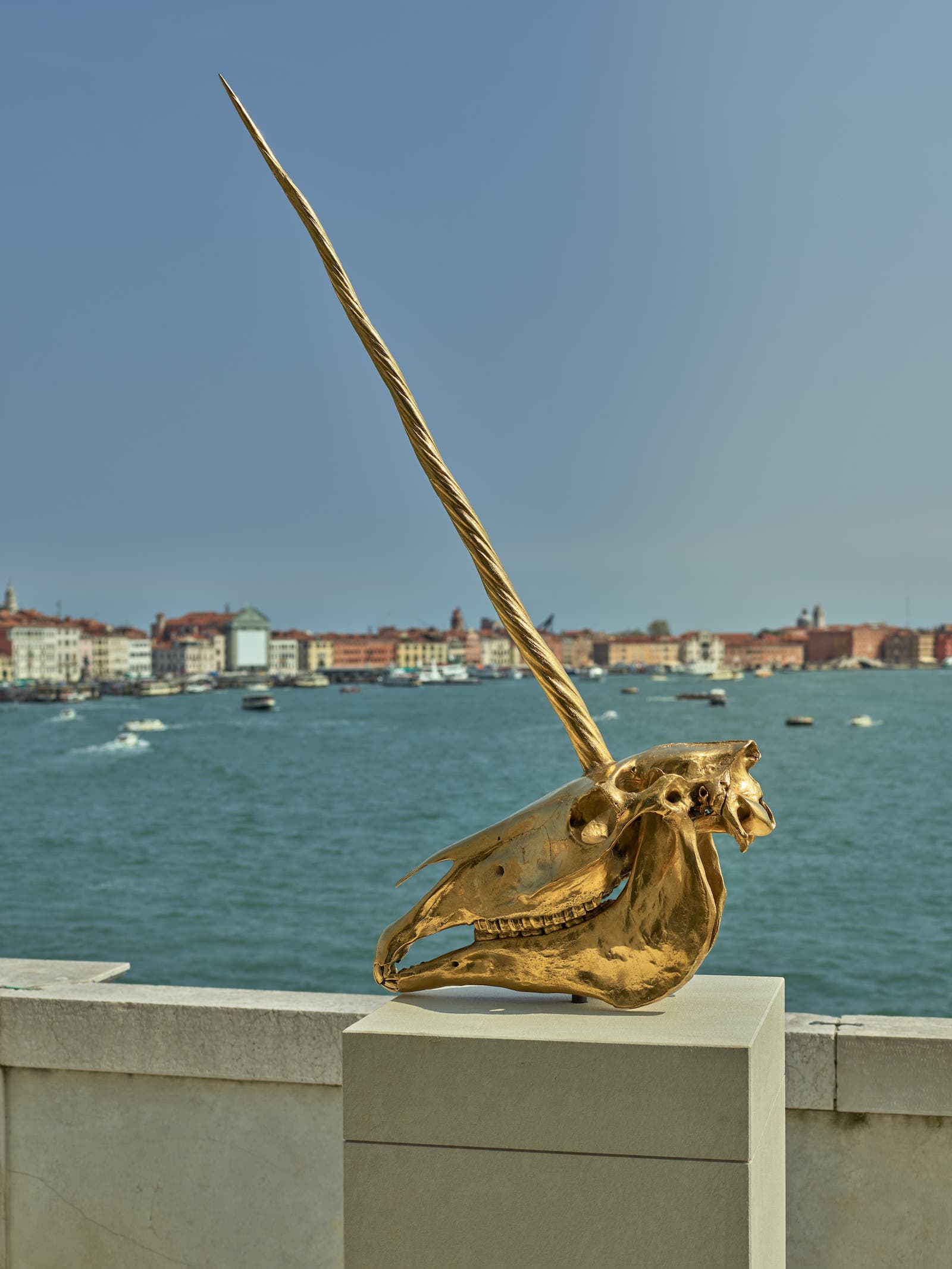