Paris, Hermès and the 50 best horses and riders in the world gathered to compete under the majestic dome of the Grand Palais for a breathtaking celebration of the equestrian sport. The 8th Saut Hermès at the Grand Palais, to take place on 17th, 18th and 19th March, is that perfect match of unique setting and formidable sporting event able to warm the hearts of countless enthusiasts coming together from all over the world, to assist to the magic world of show jumping. The French house has a history firmly established in saddlery and fine equestrian leather goods and from its 1837 beginnings in a small workshop in Paris, to creating the most exclusive handbag in the world, Hermès has certainly come a long way. Nevertheless, since that very beginning horses are part of the brands DNA and are deeply connected with its history. In this terms, the choice of the Grand Palais as venue for this unique event has not been taken randomly: indeed since the early 20th century the majestic building located on the Champs Elysées used to host horse shows and the Maison Hermès already offered its contribute in between 1950 and 1957. 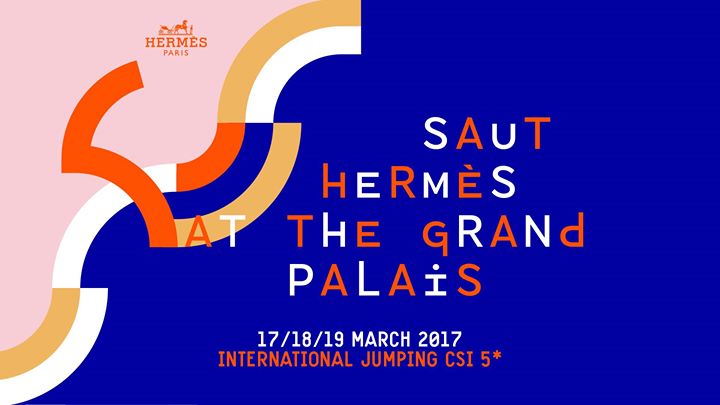 Two big news are attending the spectators this year: an evening event open to the public on Saturday 18th March 2017 will be featured. From 7pm, under the floodlit glass roof of the Grand Palais, the audience will be able to watch the new show jumping event, as well as an all-new equestrian show.
This new CSI 5* class, named “Prix du 24 Faubourg”, will take the form of a timed course, with no jump-off, increasing in difficulty, with one pass permitted.
After nightfall, Hermès will present a poetic show entitled “Le songe de Don Quichotte” (“Don Quixote’s Dream”), an original creation by equestrian artist Mario Luraschi and dramatist Florient Azoulay.

Flyinghorse is going to be live at Saut Hermès. Stay Tuned 😉