About India and the Marwari Horse - Flying Horse
16074
post-template-default,single,single-post,postid-16074,single-format-standard,ajax_fade,page_not_loaded,,qode-title-hidden,qode_grid_1300,qode-content-sidebar-responsive,qode-child-theme-ver-1.0.0,qode-theme-ver-10.0,wpb-js-composer js-comp-ver-5.1,vc_responsive 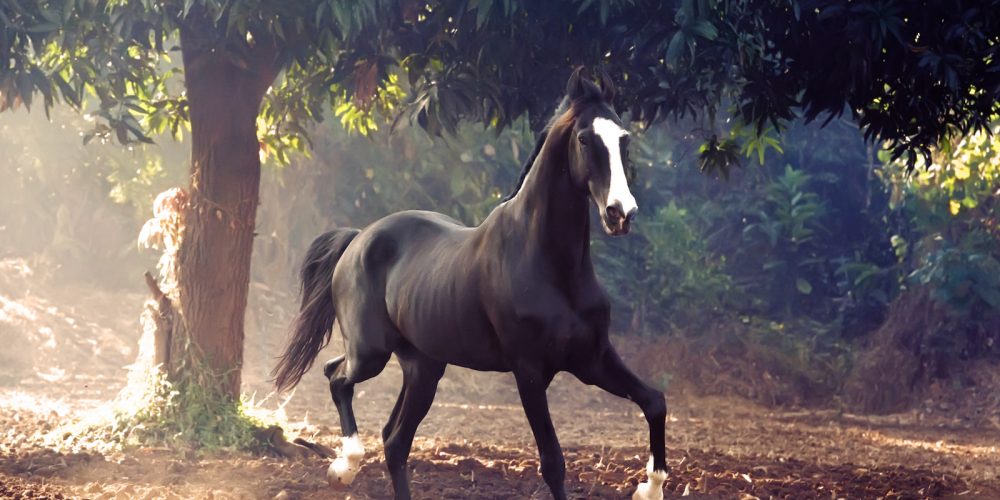 THE WIND OF HEAVEN IS THAT WHICH BLOWS BETWEEN A HORSE’S EARS.

Looking at the ears of the Marwari Horses one immediately get’s the Idea. India is an emblem for the West. A legendary, fabulous and fascinating place fulfilled with mystery and the Marwari horses, original from Jodhpur in Rajasthan, are proof of it. The ears of the Marwari touch at the tip, curving inside and have a rotation of 180°, allowing the horse (and its rider) to have a precise idea on the closeness and location of a possible enemy. If the Marwari’s origins are uncertain, their liveliness, elegance of movement, strength and speed suggest that the Arabian horse has played a key role in the development of the breed. 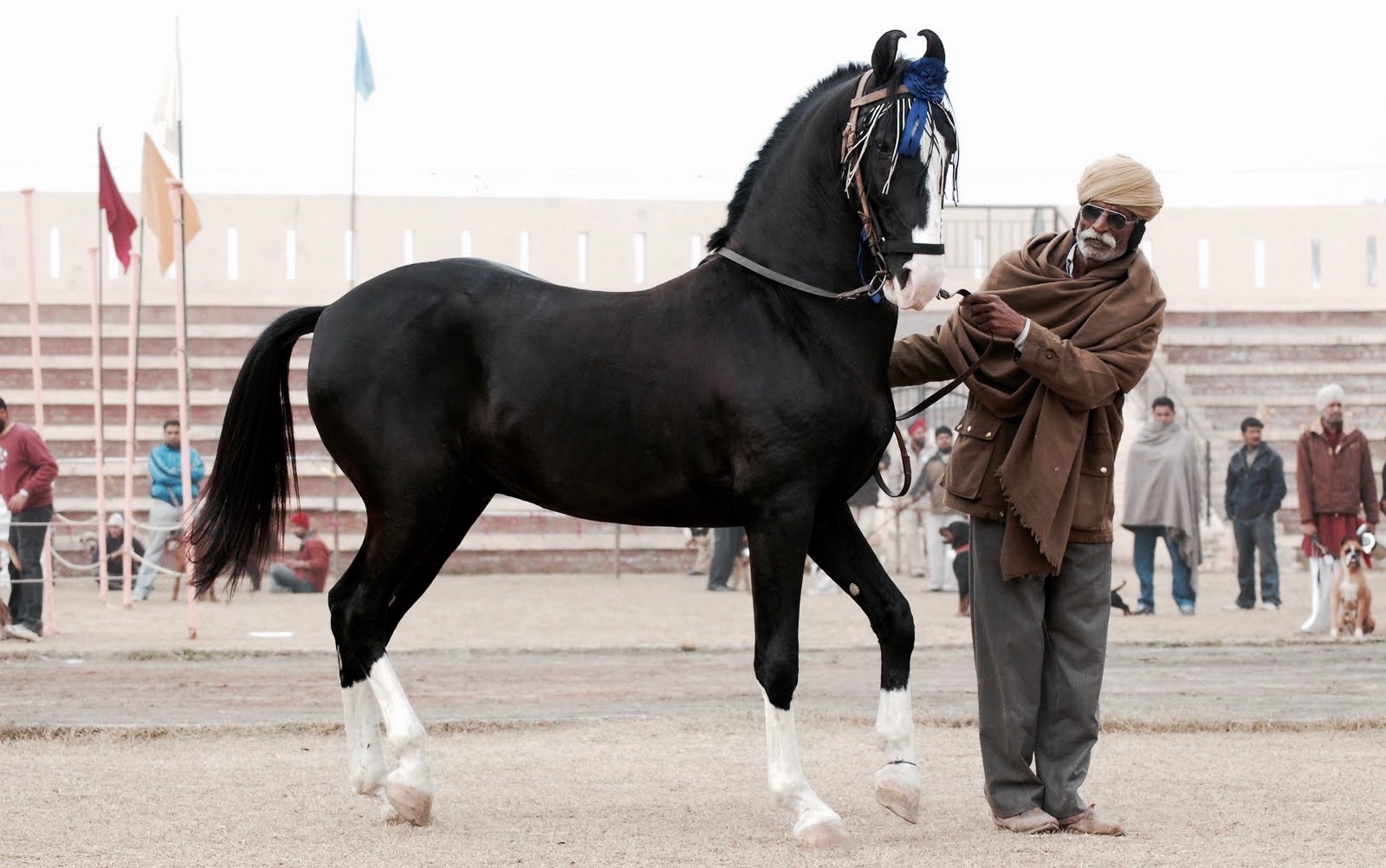 From the Middle Ages onwards, its history is firmly tied to the traditions of the Rajput warriors, noble family clans of the Hindus, that for centuries opposed the domination of Islam in northwest India. Thanks to this intelligent, courageous and tough breed the Rajputs defeated endless invasions through clever tactics: to fight the sword armed elephants of their enemies and maintain power over the centuries, the Hindu warriors built trunks for their Marwari, disguising them as baby elephants, that adult animals instinctively would not attack. Numerous historical paintings celebrate the elephant-fighting horses, like for example the one below showcasing the battle of Haldighati in 1576.

Chetak, the horse ridden by Pratap, ruler of Mewar, demonstrated strength and loyalty, the main characteristics of his race. The legend says that when Man Singh, commander of Mughal, the enemy army, attacked Pratap on top of an elephant, Chetak rolled his hooves, and struck the elephant’s head, giving Pratap the opportunity to defend himself with his spear. In the conflict that followed, the elephant’s tusk passed through Chetaks leg, nevertheless the horse, without surrendering to pain, rescued his mount at full speed, in order to die, finally, after a long and exhausting ride, while trying to jump a river. His story of heroic courage and loyalty is immortalized not only in several historic paintings but also in countless statues that made him famous to future generations. 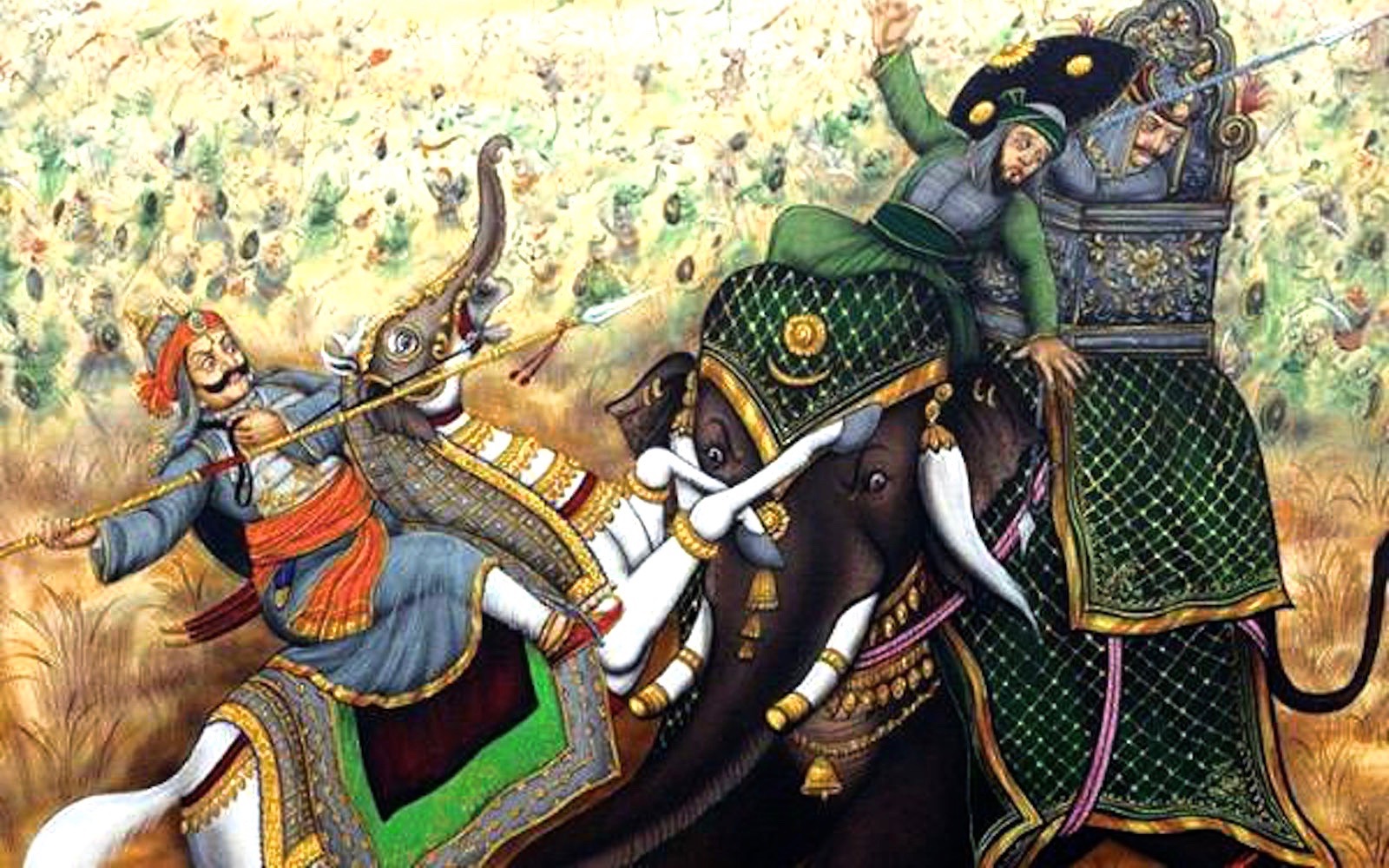 Thus the Marwari is an ancient race, legacy of princes and noble Hindus of north India: Rajasthan, Gujarat, Punjab. Although castes are abolished, until today this breed remains a symbol of a princely and elitist tradition and is protected by the Indian Government that since the 900th century strictly prohibits exports, in order to preserve its purity and exclusivity. The studbook of Jodhpur, under the aegis of the All India Marwari Horse Society belonging to His Royal Highness the Maharaja Gaj Singh II, is the only official registry of race, counting among its pages a few hundred horses. In recent years the breed was rediscovered by young Indian breeders and is used mostly for endurance races. An annual event not to be missed are the Tilwara (in April in Barmer District) and Pushkar fairs (in November in the Ajmer District), where splendid examples can be observed in a location that takes your breath away. 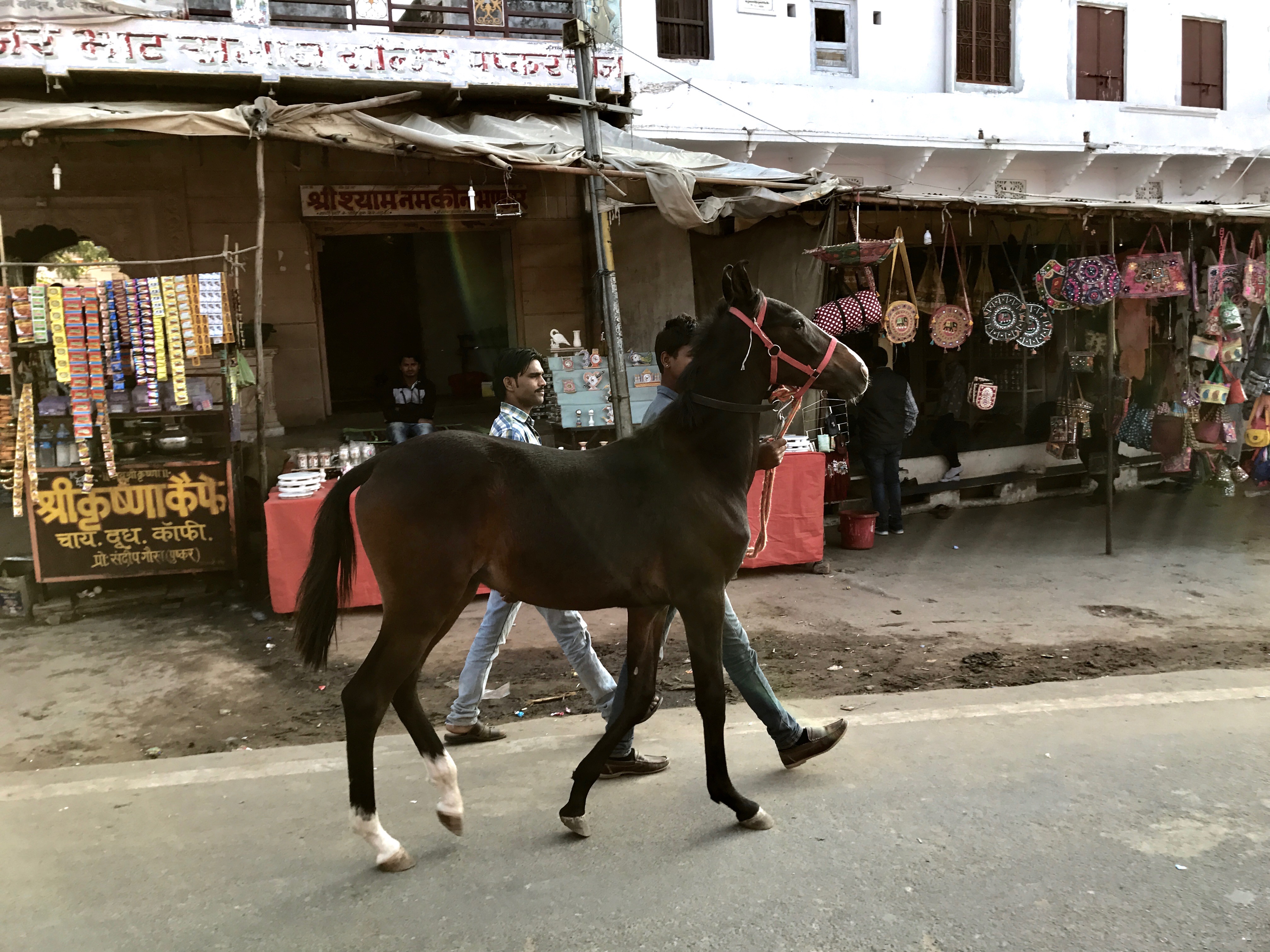 Not to be underestimated the importance that the Marwari are gaining in tourism. Princess Trails is managed by a member of one of the most ancient and noble families of Udaipur, whose history is intertwined with horses for many centuries. Together with his lovely German wife Ute, Virendra Singh, permits to horse lovers from around the globe to make a spectacular journey into the past and discover the colorful history of India. Thanks to Ute and energetic mare Chandni, which in Hindu means Moonlight, I had the opportunity to experience the strength and endurance of these horses during a clear winter morning. The best way to explore the Udaipur’s enchanted hinterland is undeniably on horse back, galloping through the rolling hills amidst palm trees and lakes.

If you are curious and planning a trip to India, don’t miss this one of a kind adventure, that will gift you with an unforgettable travel memory. You can find all information on Princesstrails.com 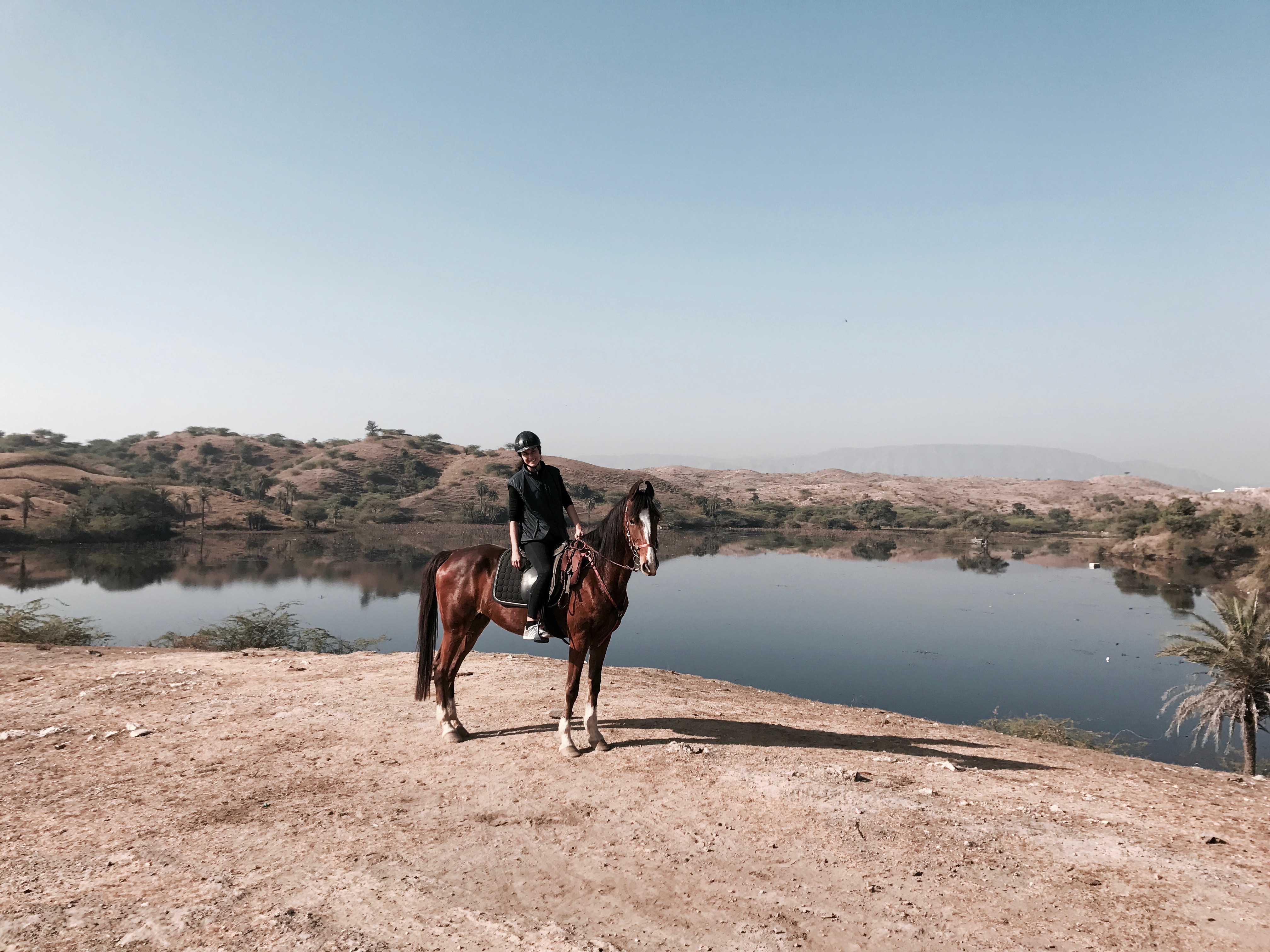