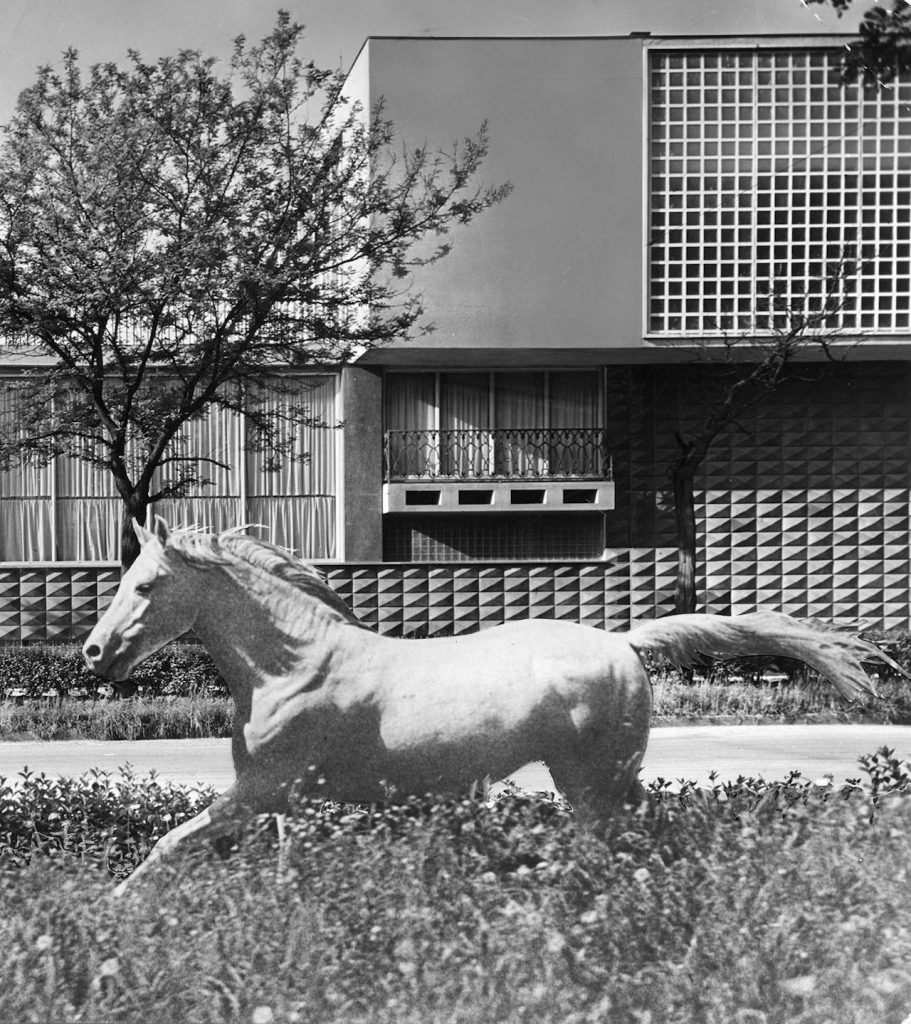 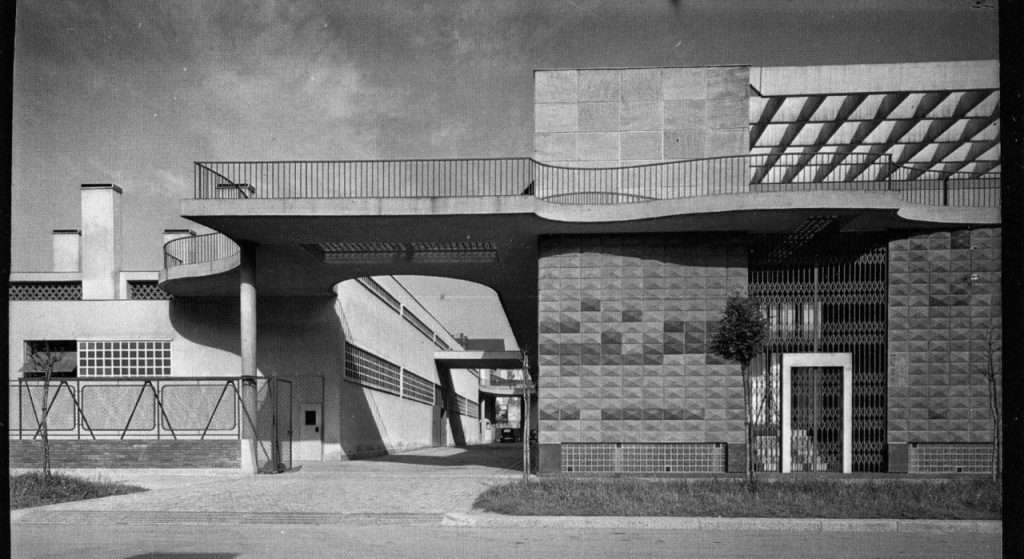 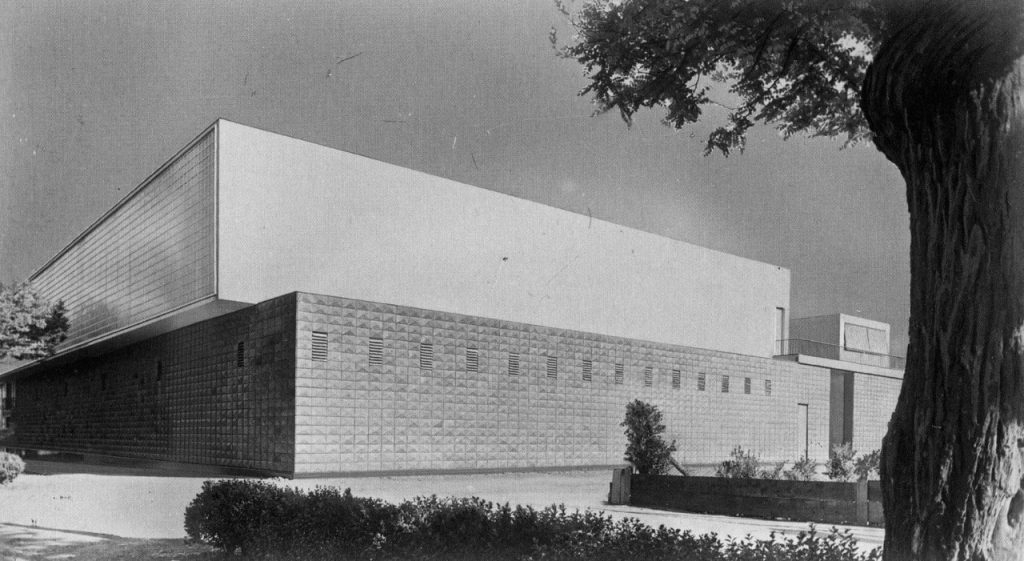 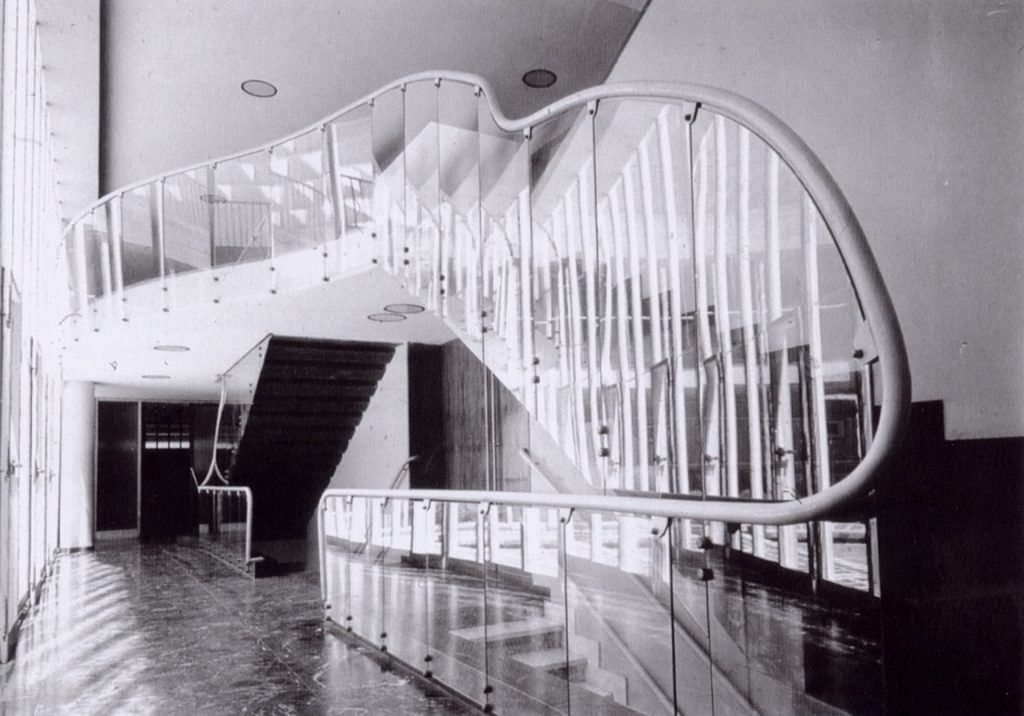 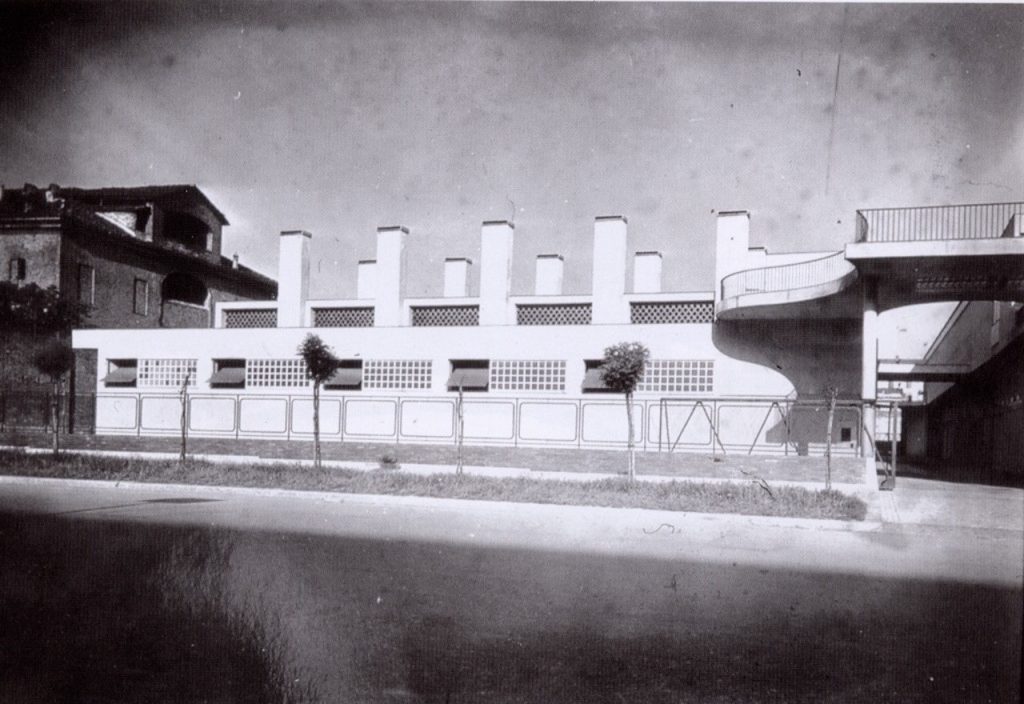 Opened in 1940 and demolished in 1960, due to the communal concession expiration, in its short life of only 20 years, the building stood for some of Carlo Mollino’s architecture’s most typical features.

The quest for volumetric movement, aerial suspension, and overhanging structures, a search for lightness and dynamic tension. Related to this is a constant search for depth of surfaces and volumes. Mollino achieved such depth with different strategies: the treatment of surfaces with extended use of textures made of rough materials, different finishes, and colors; he systematically placed the surfaces of volumes at different levels in space with protrusions and recesses and he made use of curved surfaces.

The intersection between Expressionism and Surrealism. Both Expressionism and Surrealism considered emotion to be an essential function of a building or an artwork, which radically broadened the ordinary meaning of what was considered functional. Both movements defended the uniqueness of an individual or of a place rather than pushing toward international standardization. Both used symbols as linguistic devices in order to sublimate and amplify the objective data of reality. Both referenced the principles of Freud and Jung, who set the psyche and the unconscious at the center of their investigations. All of Mollino’s work, from 1933 to 1973, was intimately linked to these inclinations, yet Surrealism undoubtedly stood out as the strongest. 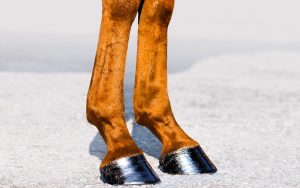 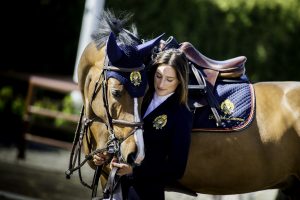 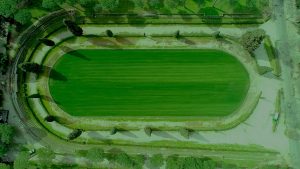