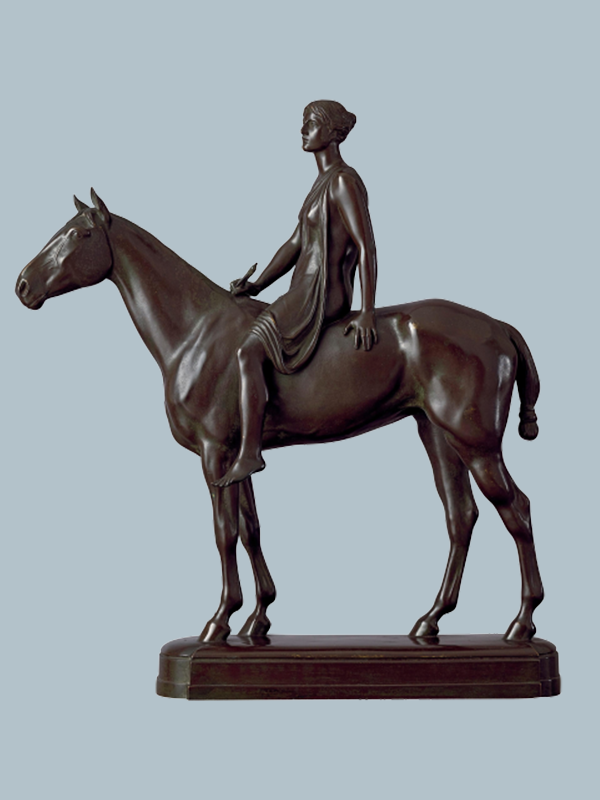 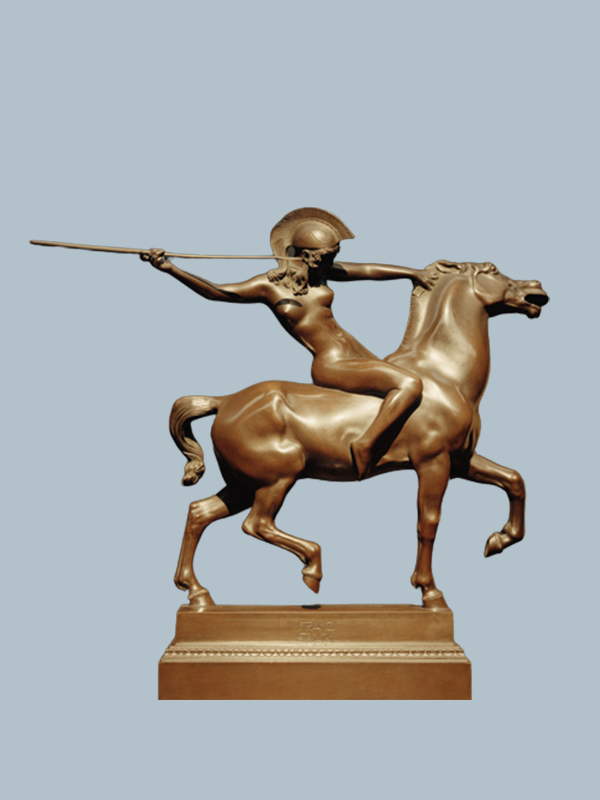 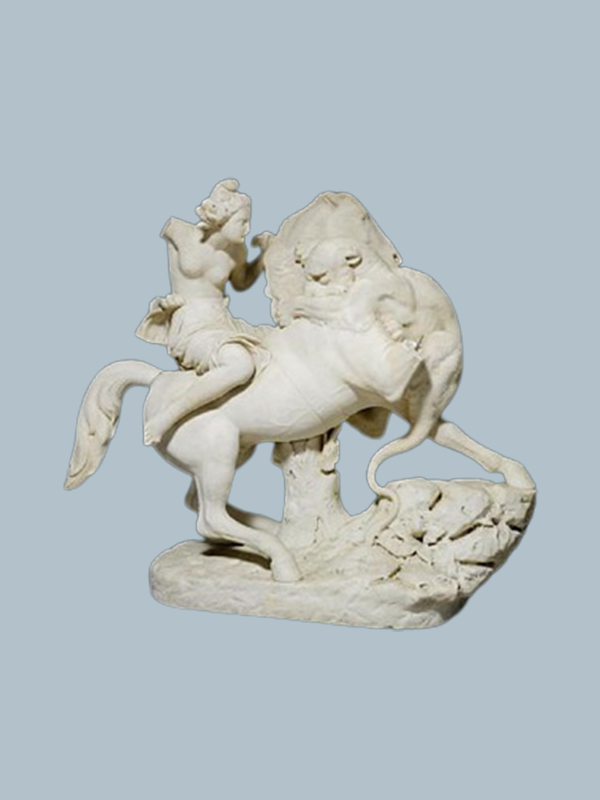 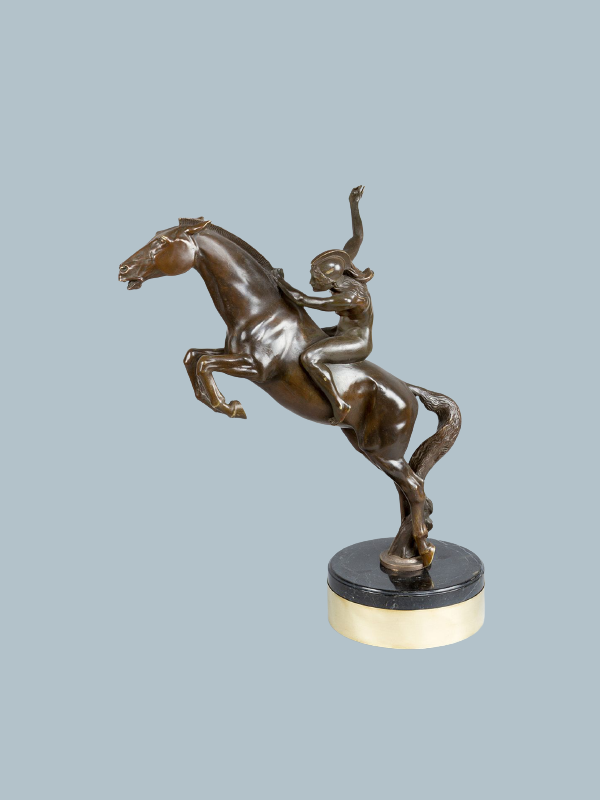 Louis Tuaillon’s (1862–1919) amazon on Horseback (ca. 1890/95, Bronze cast 1895), represents a mythical people of fighting women. It is not depicted as a dangerous warrior (as in August Kiss’s sculpture at the front of the Altes Museum), but as the epitome of self-control, mastery, and concentration. The ‘Amazon’ is regarded not merely as a key work of its creator Tuaillon, but of fin de siècle German sculpture in general. It was purchased by the Nationalgalerie as early as 1896 and placed on view in the space between the (Alte) Nationalgalerie and Neues Museum in 1897. In its formal clarity and austere self-control, it marks a break from the language of forms of the opulent Neo-Baroque.

Read on
Behind the scenes of Saut Hermès 2017

Damien Hirst Skull of a Unicorn 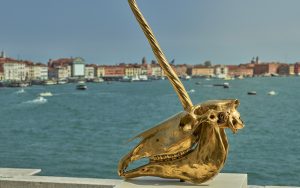