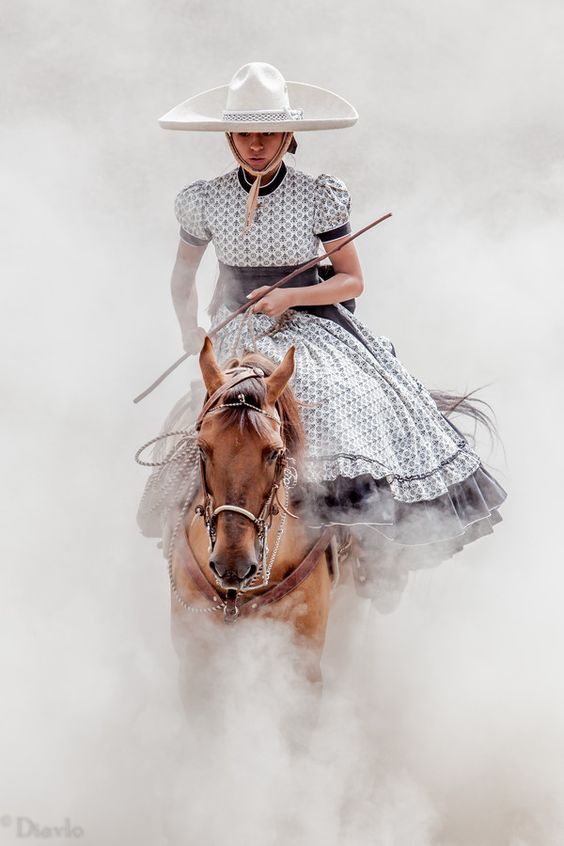 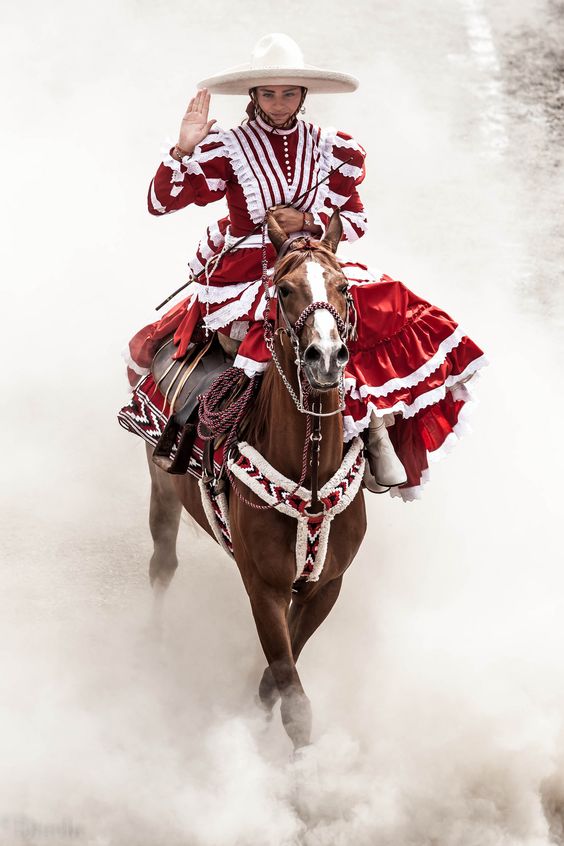 The Dior Cruise 2019 Collection by Maria Grazia Chiuri is strength and grace, beauty and power. Adjectives characterizing the Mexican Escaramuzas amazons, who were the show’s absolute protagonists. The appointment has been given by Dior’s creative director in the stables of the Domaine de Chantilly about 30 kilometers from Paris and more than 9000 kilometers from the Mexican riders’ homeland. For this occasion the beautiful and strong women have been invited to perform in front of the amazed audience.

In Messico the Escaramuzas have decided to compete in rodeos like men, without renouncing the typical embellishments of their beautiful traditional wardrobe. They are a symbol of feminine power and awareness encasing values of strength and of grace. Escaramuza, an event within the larger rodeo-like sport known as charrería (now recognized as Mexico’s national sport) is comprised of teams of up to 16 women (though only eight can compete at a time) performing a series of routines inside a lienzo charro, or stadium, at breakneck galloping speeds—all while riding sidesaddle. Every movement is intricately choreographed, often down to the second. In the coladera, for example, the women split into two groups of four; one group circles the perimeter of the lienzo charro, while the second moves in a much smaller circle in the center. Suddenly, the outer group changes direction and gallops straight toward the group in the center at full speed, so that each of the eight women individually dissects the formation, all in the same instant. The horses never slow and, if the move is successful, they never touch.

During the escaramuza season, which typically runs from February to November, riders practice twice a week for two to three hours. The U.S. nationals take place over Labor Day weekend, and the grand finale, a competition in Mexico that brings together the top 80 or so teams from both sides of the border, happens in late October or early November. While scores are based strictly on performance, costumes remain an important part of the sport. Adelita dresses must be cotton or cotton-based, and always in traditional colors. Embroidered details must be sewn by hand, and accessories, like the pins the women wear near their necks, must be sterling silver and pinned in one particular place. Sombreros worn with both charra and Adelita costumes are also highly embellished, and secured by leather straps that sit on the chin just so. Dressing for a competition can take more than two hours. 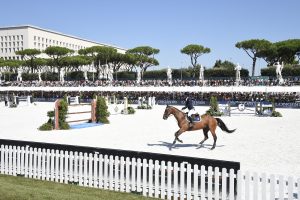 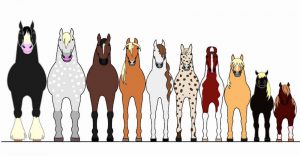 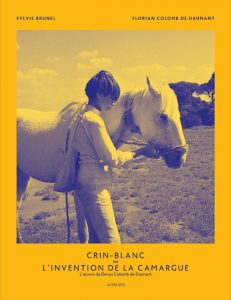