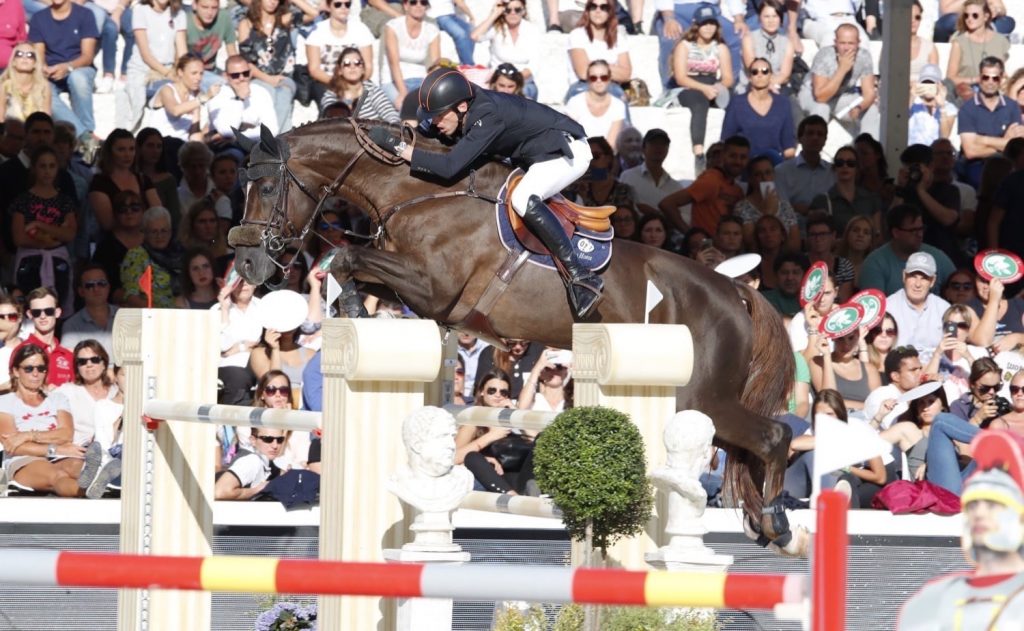 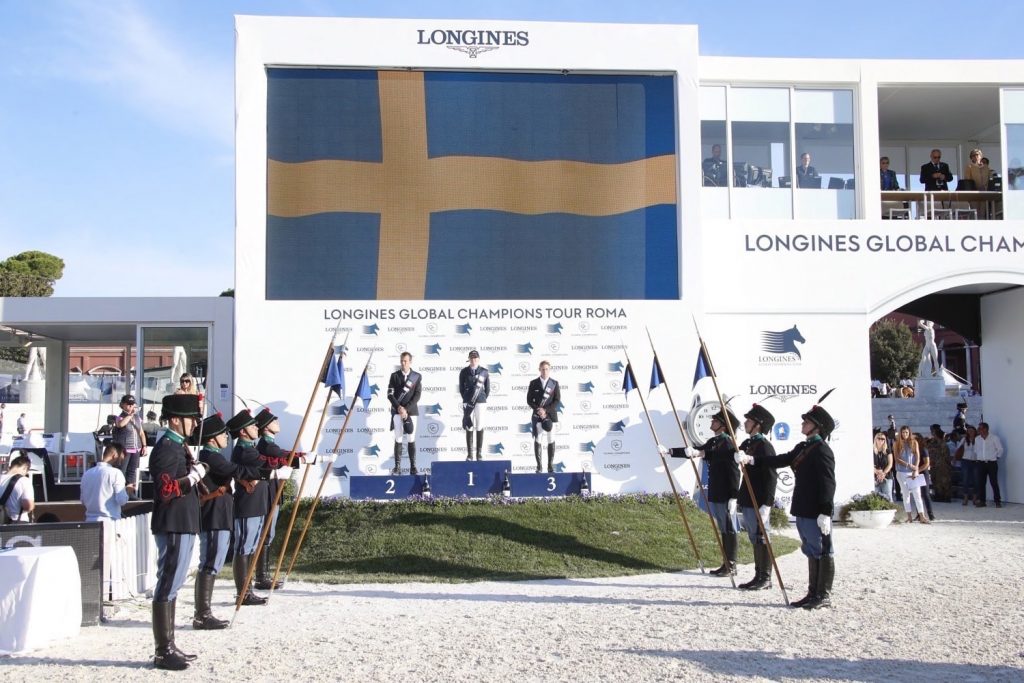 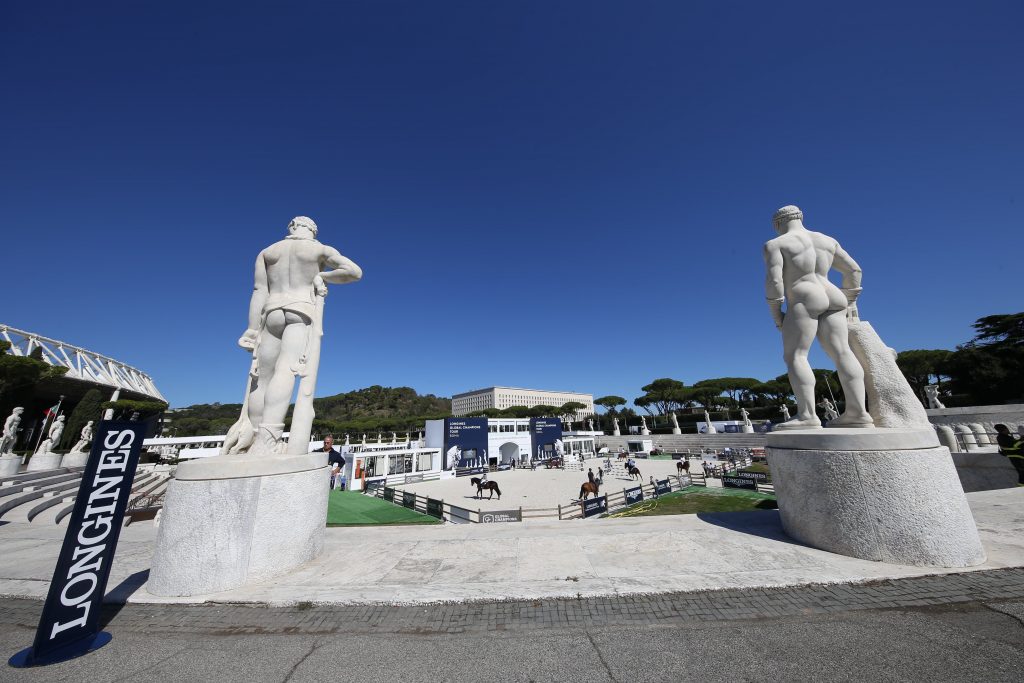 A unique show and general satisfaction just went into the archives of the Longines Global Champions Tour in Rome: great sport, strong protagonists and, above all, a huge audience of 15,000 equestrian enthusiasts who enriched the marvelous location with their passion.

The image of the Stadio dei Marmi in its ‘show jumping vest’ has certainly become one of the equestrian world’s most beautiful icons. The Longines Global Champions Tour returns for the third time to Foro Italico‘s great sports complex with the certainty to stage a one of a kind spectacle: the circuits 14th Grand Prix ideated by great Uliano Vezzani to be held in the wonderful frame surrounded by a white Carrara marble arena and huge statues depicting different sports activities. “With Uliano you know what you’re going to get. He creates courses showing beautiful sport and avoiding bad scenes with the horses, which stay good in their mind”, explains Jan Tops president and founder of the circuit.

This year’s grand prix carries the blue white colors of Sweden, thanks to 24 year old Evelina Tovek and her grey Westfalen gelting Castello 194. For sure the young rider was not one of the favourites and indeed this is the first world wide victory of her career. Evelina was however able to surprise the crowds through her coolness and extremely clear mind in approaching the difficult course being in direct competition with two of the most influential international riders. Indeed the Swedish rider left behind her LGCT leader Harrie Smolders (Don VHP Z), able to complete the barrage without any faults but in a longer time and German Marcus Ehning (Funky Fred) who had one down.

“I’m actually quiet shocked by this amazing result. My strategy? If I have to be sincere, there wasn’t quiet much of a strategy if not riding well and having fun as my coach Henrik von Eckermann suggested right before entering the ring. Moreover I’m lucky enough to have a marvelous horse, I can totally trust on and that, even if not a specialist in fast turns, has an immense stride. He was the goal for performing a wonderful winning round with nearly two seconds less than the second”

Evelina Tovek received the compliments of Jan Tops, patron and creator of the Longines Global Champions Tour. “It is amazing to see new faces, building young riders. I’ve watched Evelina since the opening of the year doing quite well but still inexperienced at this level and then every event getting better and better and more confident. That is what the Tour is about. If you want to compete at the highest level you can only do that competing in these difficult classes.”

However with the GP’s second place Smolders, won the 2017 edition of the Longines Global Champions Tour before the final stage of Doha (9-11 November). “I think Harrie – so Jan Tops – had an incredible year. He was six or seven times on the podium. Second in the European Championships. He’s in exceptional form.”

It feels great to be Champion. You see the previous winners, the horses and riders are exceptional – so to see my name on the trophy is very special. It’s a big achievement for all my owners, our staff and everyone who works in our stable, from flat riders to the grooms – it’s also for them. In the end I have to finish but they all achieve this with me. The flexibility of my horses is my strength – we have so many shows, but that’s why I can sometimes use Don VHP Z and sometimes use Emerald. They did an unbelievable job.

Photographs by © S.Grasso provided by LGCT

Read on
Gleneagles, an equestrian experience in Scotland 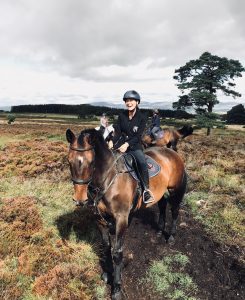 Gayatri Devi and her love for horses 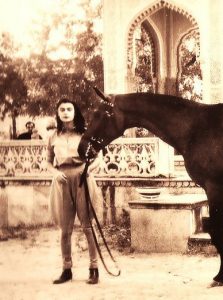 The oeniric world of John Derian 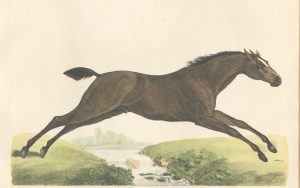