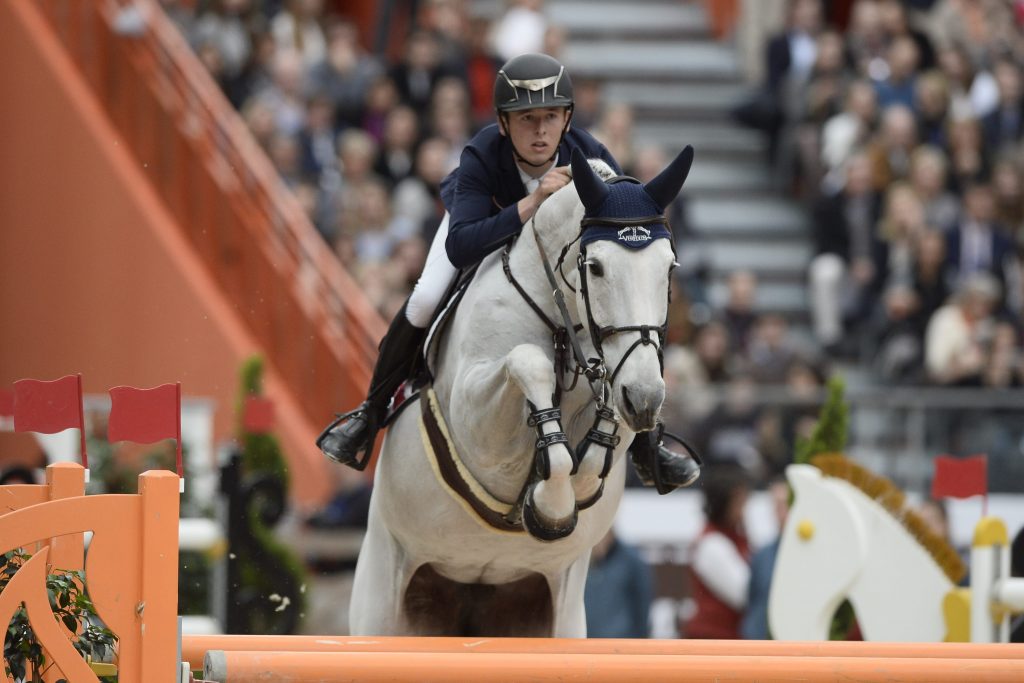 If there is an equestrian heaven on earth, it must be the Saut Hermès.

Once, strolling in the streets of Saint Germain, I found a postcard saying: Ajoutez deux lettres à Paris : c’est le paradis – add two letters to Paris and it becomes Paradise. It definitely is: the infinite sky over Place Vendôme, walking through the Tuilleries towards Place de la Concorde and glimpse the vaulted glass roof of the Grand Palais sparkle in the sun from far, makes my heart run faster. Approaching the majestic building after a few steps on the Champs Elysées is an experience on its own; having an arena with horses unfolding before the enthralled eyes is worth everything. The Saut Hermès brings surreal beauty, elegance and thrilling excitement together in 3 days of exceptional experiences. Because that’s what the Saut Hermès is: a one of a kind adventure offering a lot to everybody, not only to horse enthusiasts. Indeed, the French houses approach to art, design and communication is fascinating and speaks to a large public. It is somehow democratic and opens up its arms in a warm, welcoming embrace, ready to introduce the equestrian universe through a wide range of languages to all of us. As a deep dive into the brand’s magic universe, into that humor and wonder defining its DNA: “This sporting, cultural, and festive event sets up a dialogue between the French art of living and the world of horses, with its codes, its values and its stars” explains Sylvie Hubac, President of the Réunion des musées nationaux – Grand Palais.

Wandering through the galleries, from the main area to the warm- up ring there was quiet a lot going on. In a succession of moments skillfully assembled, as if touched by a magic wand, an exploration of the spaces revealed a world where horses had something to offer everyone. While a colorful cityscape design invited the visitor to open windows and venture through doors, taking time to stroll and watch and wonder, in the saddlery workshop, Hermès craftsmen were sharing their passion for beautifully executed gestures. In the bookshop, authors signed a selection of books about horses. And then kids pony rides, grooming workshops, a photo studio with a marvelous silk scarf backdrop and an oxer to be portrayed on, an interactive social wall, an extraordinary digital experience with Pegasus and finally Cheval Surprise, inviting the spectator to come down to the arena for a different kind of race. Much sense of humor and love of fun in every corner of the Grand Palais, not only as anticipation but as a special integration of the main event. Moreover, during the three days of competition, the arena in the main atrium transported the public to the desert like landscape of La Mancha into Don Quixote’s Dream by Florient Azoulay and Mario Luraschi. The extraordinary equestrian performance opened a door to one more magic kind of relationship between mankind and the horse.

Finally at Sunday’s Grand Prix the audience hold its breathe observing the worlds greatest riders and their mounts guaranteeing a spectacle living up to all its promise. “Take the stage, come together, open the movement, adjust the pace, take off, glide, repeat. In unison, rider and horse collect, release, collect, release. And we, spectators, each time that impulsion is created, that the horse soars, celestial, towards an air of the heavens beyond, feel our hearts beating fervently, our breath short”, Axel Dumas, Chief Executive Officer of Hermès, poetically resumes. Not only one could sit and watch; all doors where open to nearly touch the favorite equestrian stars and observe them on the warm-up ring in a wonderful familiar atmosphere and taking home an impression of the exceptional relationship in between them and their horses.

Forty-seven of the world’s best show-jumpers, from 19 different countries, took part in this famous class, with €400,000 of prize money at stake. Only three couples managed to overcome the difficulties of this tricky course – designed by the German course designer Franck Rothenberger – and qualify for the second round against the clock. The 22-year-old Irish rider Bertram Allen was first to go in the jump-off on his mare Molly Malone V. With one mistake, he left things to his two adversaries of the afternoon, the French rider Pénélope Leprévost and the Australian rider Edwina Tops-Alexander, who finally bettered the French rider’s time by eight-hundredths of a second and was crowned Queen of the Grand-Palais with a time of 41”36 in the jump-off. 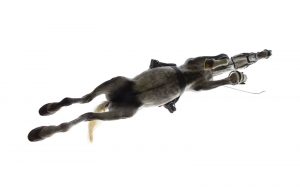 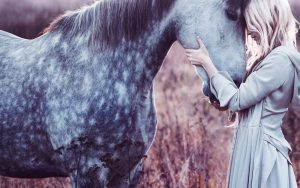 About the madness of the “inside leg to outside rein” 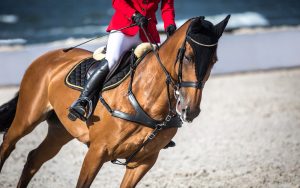