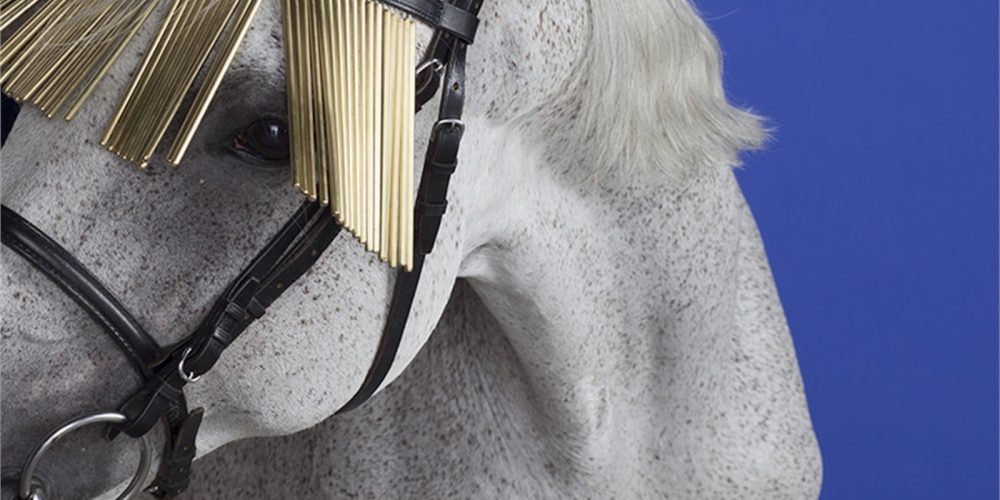 The horse has always been one of infinite art forms’ favorite subjects. One of my absolute favorite horse photography is part of the coordinated image of Miart 2015.

In 2012 Studio Mousse was commissioned to create a new graphic identity for miart, the International Fair of Modern and Contemporary Art in the city of Milan.

Mousse Art Agency has relied on the tool of photography to convey a unified image for the fair, moving away from traditional branding and accompanying the new logo with a system of identification that regenerates itself with each new campaign.
The campaign for 2015 played on the association between art collecting and hunting. Hunting scenes, which have a venerable tradition in art history, were recreated among the booths at the fair.